Boo!  No, we're not trying to frighten you.  The truly frightening thing is that October snuck right up on us, causing a blood curdling yell.  Which makes us wonder whether or not vampires like their blood curdled (although we hope to never find out).  But given the experts we have this month on vampires, who knows what we may learn of the Undead?  This will be a reading with teeth! 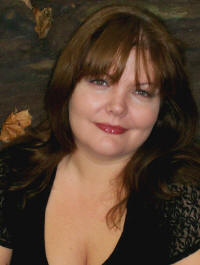 Kate Locke is a shameless anglophile who wrote her first book at age 12. Fortunately, that book about a British pop band is lost forever. During off hours Kate often screeches along to Rock Band (being a rock star was her second career choice if the writing thing didn't work out), watches BBC America, or plays with makeup. She loves history, the paranormal, horror, and sparkly things.

Her third volume of The Immortal Empire series, Long Live the Queen

, will be published in November by Orbit Books.  (The first two were God Save the Queen

and The Queen Is Dead

Find out more about Kate Locke at www.katelocke.com and on Twitter @KLockework. 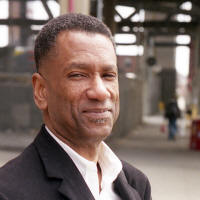 Terence Taylor is an award-winning children’s television writer whose works have appeared on PBS, Nickelodeon, and Disney, among many others.  After a career of comforting young kids, he’s now equally dedicated to scaring their parents.  His short horror stories have been published in all three Dark Dreams horror/suspense anthologies. His first novel, Bite Marks: A Vampire Testament

, came out in September of 2009.  Blood Pressure: A Vampire Testament,

second in the opening trilogy of the continuing Vampire Testaments, was released March 30th, 2010.

After taking a hiatus to work on other writing and video projects, he has recently returned to the conclusion of his trilogy – Past Life – set in 2027, taking his heroes, human and otherwise, scattered from Shanghai to Europe, back to New York for a final confrontation with the mad vampire Tom O’Bedlam to decide the fate of the world.

He lives quietly in Brooklyn and laughs a lot between acts of literary carnage.

Margot Adler is the author of Drawing Down the Moon: Witches, Druids, Goddess-Worshippers, and Other Pagans in America

, the classic work on contemporary Paganism, Wicca, Goddess and Earth-based spirituality. Originally published in 1979, it has gone through many editions, the latest in 2006. She is also the author of Heretic's Heart: A Journey through Spirit and Revolution

, an examination of why vampires have such traction and popularity in our society, and their connection to issues of power, identity, morality and the fate of the planet.  An expanded edition, including notes on the more than 275 vampire novels Margot Adler has read in the last three years. is due from Weiser Books early next year.

In her mundane life, she is a correspondent for NPR, based in New York. Her pieces air frequently on All Things Considered, Morning Edition and Weekend Edition.  Her Web site is located at MargotAdler.com.

After the event, please join us as we treat our readers for dinner and drinks nearby.

Jim Freund is Producer and Executive Curator of The New York Review of Science Fiction Readings.  He has been involved in producing radio programs of and about literary sf/f since 1967.  His long-running live radio program “Hour of the Wolf,” broadcasts and streams every Wednesday night/Thursday morning from 1:30-3:00 AM.  Programs are available by stream for 2 weeks after broadcast.  (Check https://hourwolf.com, follow @JimFreund, or join the Hour of the Wolf group on Facebook for details.)The SoHo Gallery for Digital Art (www.sohodigart.com) is dedicated to re-establishing SoHo as an international center for the development of new artistic forms, concepts and ideas.  A screens-instead-of-canvases approach allows a wide selection of art from around the world which would otherwise never make it to the City.  The SGDA is available for private gatherings and events of all kinds.  For bookings call (800) 420-5590 or visit http://sohogallerynyc.com.

--
The New York Review of Science Fiction magazine is celebrating its 22nd year!
Subscribe or submit articles to the magazine!